Yerba Mate and the Digestive System

Yerba Mate and the Digestive System 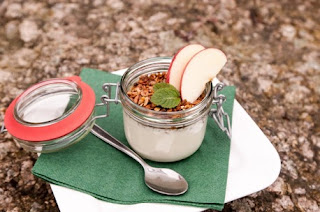 Sometimes It Hurts To Be Awake

These are scenarios that play out for movers and shakers many times daily.  Some of us with enough money, time, and discipline have managed to skirt the first two with ease enough.  Lean home cooking, packed up in plastic wares and taken to work takes care of the hunger, and anyone who has sat through having a cavity or two filled (especially if they’ve paid for the process) isn’t willing to make the sacrifice Jelly Beans require...it’s the third dilemma that has us perplexed.

Indigestion is the pain in everyone’s backside—or it would be, if it weren’t located front and center in the body, causing us all to double over in horror as this morning’s coffee meets last night’s spaghetti in a battle that calls to mind the trenches of the First World War.  It is so very unfortunate that the energy from caffeine comes most often at such a painful cost.

Another Way To Live

For those who have tried yerba mate, and I don’t mean a lightly brewed bottle or can of cold terere from the shelves of a gas station cooler — I mean traditionally made, hot mate, drank from a gourd through a bombilla—there’s really no turning back.

Mate’s pleasant, sharp taste accompanies a smooth onrush of energy and focus, and zaps you with a whole lot of gusto in the health department.  Known to lower cholesterol, blood sugar, and bacterial and fungal infection risk, mate also increases the speed of your metabolism, leading to healthy weight loss, and likely an appetite increase in those who have trouble eating enough.

A good balance of xanthines (like caffeine and theobromine), vital minerals and vitamins in good quantity, more polyphenol antioxidants than you can shake a tongue depressor at... it sounds too good to be true; it’s not.  Long overshadowed in the American market by coffee, a growing awareness of, demand for, and thus production of yerba mate in places that would otherwise be used to grow coffee means you’re going to see more of it, and hear more of the rhetoric it’s staunch proponents are justly eager to share.

Something To Speed You Up, But To Smooth You Out 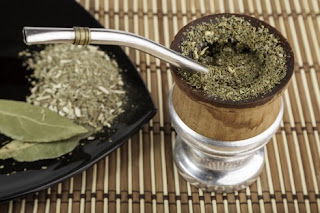 While yerba mate is mostly hailed as a heart-healthy stimulant option, it can also be a boon to your digestive system.  Yerba has been used for eons traditionally in South American cultures as a medicinal herb.  Yerba treats digestive problems by promoting bile and gastric juice production in the body, which means, among other things, a cleaner colon, less bacterial build up in the digestive system as a whole, and more efficient intestines.


It is also true that drinking mate slows digestion—but only while you’re drinking it, and not at a rate that could cause you harm. Increases in the acidity of your stomach do slow digestion temporarily, but these are acids that serve to clean and improve, rather than harm, material like the lining of your stomach.

Coffee, on the other hand, contains so much acidity of its own that the drinker’s digestive system is not only slowed, but assaulted.  Think of it like laundry detergent; a good detergent and the occasional addition of boosters or even bleach are essential, but your clothes won’t last very long if Drano is introduced to the mix. 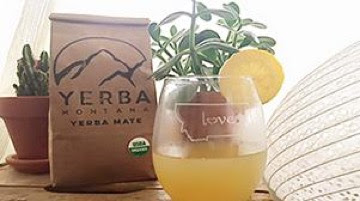 Selecting and modifying your diet to suit your body’s ever-changing needs can be a real challenge.  Most of us come to a point with many things we’ve become attached to over the years, where continuing to buy and ingest them is just not worth the pain they cause us.  If you’re finding that coffee or black or even green tea are turning into a necessary evil, and no longer feel as good going through as they do going down, introduce yerba mate to yourself. The biggest secret?  It’s pretty darn good, too.